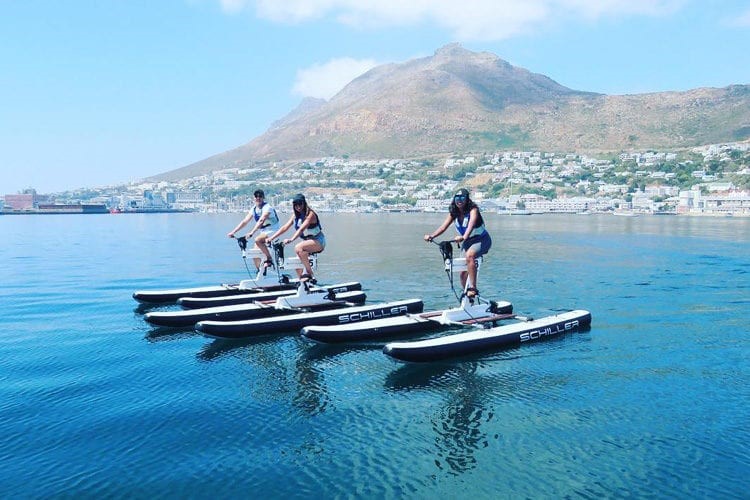 It’s a unique ocean activity, and one of the most exciting and fun ways to experience the ocean – particularly in Simon’s Town area, which is known for its rich marine life and spectacular views of Table Mountain.

Water bikes are silent and do not emit any emissions, as they do not require fuel, allowing riders to explore safely and quietly, without leaving an environmental footprint.

After departing from Cape Town Water Bikes’ launching facility at the Simon’s Town pier, you’ll meander past the yacht basin and naval base into the open ocean. Then, you’ll ride along a scenic stretch of coastline, towards the world-famous African penguin and seal colony at Boulders Beach. Given the close proximity that the water bikes allow, you’ll get to experience the penguins in their natural habitat.

You might also be lucky enough to meet playful Cape fur seals, whales during the season, and various sea birds along the way.

The two-hour option is an early-morning tour, but if you’d prefer to explore the ocean at a more relaxed pace, go for the one-hour tour! Both tours are enriched by a knowledgeable crew on a nearby guide boat.

You must be 13 years or older to enjoy the water bikes, and teens must be accompanied by an adult.
There is also a minimum height requirement of five feet (one and a half metres) so that the pedals can be reached safely.

Noordhoek Beach is over 8 km long, and is the most unspoiled and best protected on the Atlantic Cape coast. At one end it is defined by Chapman’s peak plunging into the sea, and at the other, by the Kommetjie lighthouse. The beach is backed by National park-protected wetlands, and as a result is free of the urban sprawl that characterizes many other Cape Town bays.

Noordhoek Beach is best viewed from Chapmans Peak drive as you can see the immense size of the beach from this high vantage point. The beach is very popular with walkers, horse riders and of courses surfers. There is a well-known ship wreck on the beach, called the Kakapo. It can be found towards the left hand side of the beach as you look out to sea. In the 1900’s the ship headed straight into the beach as the skipper thought he had already rounded Cape Point. The beach has soft white sand to walk on and the views of the bay are spectacular. The beach is rather isolated due to its size so be cautious when swimming. It is also advisable to walk with a group of people when you visit the beach. There are two popular surf spots known as the “Hoek and Dunes”.

Behind the wetlands rise magnificent mountain slopes, densely overgrown with green coastal fynbos. Horse riding is common in Noordhoek. Many residents own horses and keep them on their properties. There are also riding schools. There are many trails through the wetlands and along the beach. Noordhoek village has a rural, country feel, with an attractive common and paddocks, and charming local shops, restaurants and bars. It is connected to the Cape Town area via one of the world’s great roads, the spectacular Chapman’s Peak drive, with its incredible views of the Atlantic coast.

Named the ‘Cape of Storms’ by Bartolomeu Dias in 1488, the ‘Point’ was treated with respect by sailors for centuries. By day, it was a navigational landmark and by night, and in fog, it was a menace beset by violent storms and dangerous rocks that over the centuries littered shipwrecks around the coastline.

In 1859 the first lighthouse was completed; it still stands at 238 meters above sea-level on the highest section of the peak and is now used as the centralized monitoring point for all the lighthouses on the coast of South Africa. Access to this historical building is by an exhilarating three-minute ride in the wheelchair-accessible Flying Dutchman funicular that transfers visitors from the lower station at 127 meters above sea-level, to the upper station.

Cape Point is in the Cape of Good Hope nature reserve within Table Mountain National Park, which forms part of the Cape Floral Region, a World Heritage Site. It includes the majestic Table Mountain chain, which stretches from Signal Hill to Cape Point, and the coastlines of the Cape Peninsula. This narrow stretch of land, dotted with beautiful valleys, bays and beaches, contains a mix of extraordinarily diverse and unique fauna and flora.

It’s a favourite among locals and visitors alike for many reasons: picnics on the lawns, hiking up Skeleton Gorge, enjoying a glass of chilled White Wine before a Summer-Sunset-Concert exploring the many shady trails, and taking in the panoramic views from the canopy walkway, to mention just a few.

Regarded as one of the great botanic gardens of the world, Kirstenbosch was bequeathed to the government by Cecil John Rhodes. At the time, it was nothing more than ramshackle farmland overrun with pigs. In 1913 a botanist called Harold Pearson set about transforming the land into a botanic garden devoted to the country’s indigenous flora. It now contains over 7000 species of plants from southern Africa. The 528-hectare Kirstenbosch Estate falls under the Cape Floristic Region, which is a UNESCO World Heritage Site.

Situated on the slopes of Table Mountain (about 13km from Cape Town City Centre) Kirstenbosch Botanical Garden includes a fragrance garden, a medicinal garden, 2,500 species of plants found on the Cape Peninsula, a Protea garden (best seen in spring!), a braille trail, and a cycad amphitheatre. There is also the Botanical Society Conservatory, which houses plants from the continent’s more arid regions. To immerse yourself in all that the Garden has to offer, it is worth taking one of the free guided tours that depart from the Visitors’ Centre.

If you have little ones, you simply must take them to see the cycad amphitheatre. Dotted among the cycads are life-sized anatomically correct sculptures of dinosaurs and a pterosaur! Kirstenbosch also features a sculpture garden, where you’ll find an ever-changing exhibition of African stone sculptures, and bronze animal sculptures by Dylan Lewis. Your kids will also enjoy a walk along the Centenary Tree Canopy Walkway – known as the Boomslang. This 130-metre steel-and-timber bridge snakes its way through and over the trees of the Arboretum, providing stunning views of the Garden.

All that walking is bound to work up an appetite, and – if you haven’t packed a picnic – there are a number of options for satiating your hunger. Visit the African themed Moyo restaurant for a hearty lunch, or pop into the Kirstenbosch Tea Room for scones, cake and cucumber sandwiches. You can even pick up a picnic hamper from either of these restaurants.

While the Garden is spectacular all year round, you’ll see the fynbos at its best from August to November. However, summer has its own charm in the form of the Summer Sunset Concerts every Sunday evening and the open-air Galileo Cinema on Wednesday evenings. 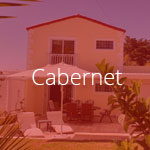 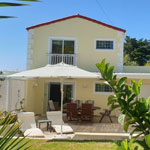 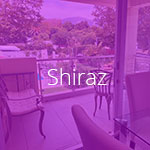 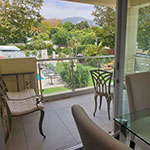 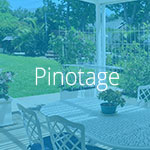 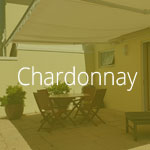 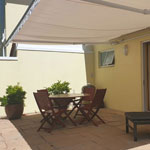 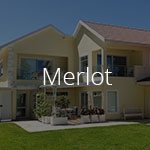 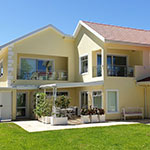 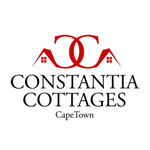